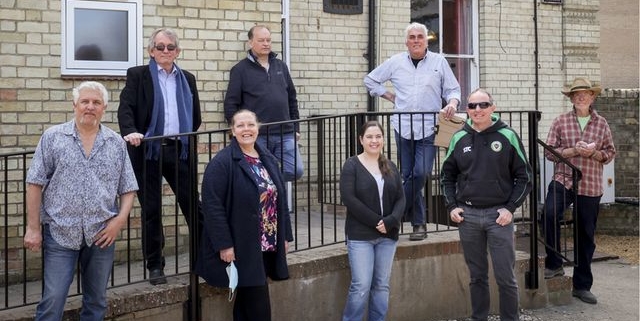 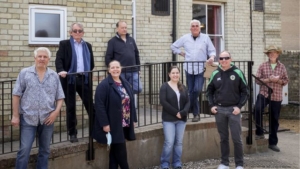 Whilst the national winner was the Blue Bell in Stoke Ferry, Norfolk, the Runner-up was awarded to STRAP for their efforts in saving the Railway Arms. The 19th century branch line pub was purchased by the community in October 2020 after a 4-year campaign when it was closed on New Year’s Day 2016. The owners had plans to build houses on the pub garden and convert the main buildings into residential ones. With advice and guidance from the Plunkett Foundation and More Than a Pub, a public meeting, attended by 130 people, was held in Saffron Walden Town Hall in April 2017, kickstarting the campaign to save the pub.

To keep STRAP in the public eye, a regular stall was set up in Saffron Walden market on a Saturday and quarterly weekend ‘pop up’ pub sessions were held in Fairycroft House. After a prolonged campaign, the pub came into community ownership in October 2020, before reopening under COVID restrictions on 16 April 2021. Since opening, as well as providing a full range of pub services and facilities, the Railway Arms has hosted theatrical performances in the garden, played a full part in Saffron Walden’s ‘Fete de la Musique’ and hosts local groups such as Knit and natter, open mic.and a cycling club.

The announcement of the Pub Saving Award winner and runner up comes at a time when the nation’s pubs are all in need of support, as speculation mounts around possible restrictions in the New Year. The work of communities around the country has been crucial to helping pubs survive the COVID-19 pandemic.

Co-ordinator of the Pub Saving Award Paul Ainsworth said: “This year’s winners both have long journeys behind them, and are two examples of superb campaigning to save beloved local pubs – only made more difficult due to the coronavirus restrictions throughout 2020 and 2021. It just goes to show what can be achieved when a community bands together to make a difference, and we are excited to see what is next for the Blue Bell and Railway Arms.”

STRAP Chairman Dave Kenny was delighted with the recognition of a hard fought campaign. “Many people contributed many, many hours to save and open the Railway” stated Kenny, “it’s still hard to believe that the purchase of the pub was just 15 months ago in October 2020, and that the pub has still not been open for a full year. However the future of Saffron Walden’s first community-owned pub is secured and exciting, we hope that the community will benefit from the Railway Arms for many years to come”

Want to join the discussion?
Feel free to contribute!

Annual General Meeting
Scroll to top
We use cookies on our website to give you the most relevant experience by remembering your preferences and repeat visits. By clicking “Accept All”, you consent to the use of ALL the cookies. However, you may visit "Cookie Settings" to provide a controlled consent.
Cookie SettingsAccept All
Manage consent