The first AGM since the Railway Arms opened took place on Saturday 29th January at Fairycroft House. The event was attended by 45 shareholders of Saffron Walden Community Pub Ltd as well as a dozens members via Zoom. 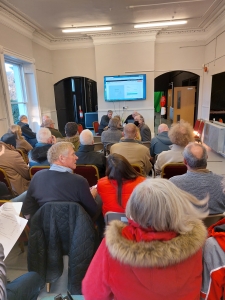 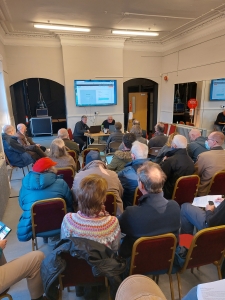 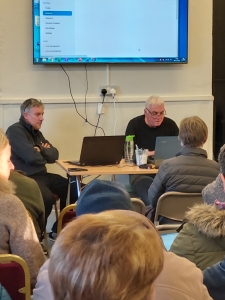 In a chairman’s statement, Dave Kenny outlined the highlights of the previous 12 months including the purchasing of the pub back in Oct 2020, its opening in April 2021 and the appointment of Pub Manager Graham Pearson a month later.

The pub has certainly started extremely well and many members of the community were showing their support by popping in to their local regularly. The next stages of the pub involve replacement of the gravel surface in the pub’s courtyard to be more wheelchair friendly and to replace the roof on the outbuilding’s northern range along with the installation of solar panels to power the building and thus working on the goal to be carbon neutral.

Part of the business of the AGM was to re-appoint committee members Gemma Perry and Dave Kenny to the committee and along with Nick Hodgson, they were unanimously voted in

Want to join the discussion?
Feel free to contribute!

Live Music At The Railway Arms
Scroll to top
We use cookies on our website to give you the most relevant experience by remembering your preferences and repeat visits. By clicking “Accept All”, you consent to the use of ALL the cookies. However, you may visit "Cookie Settings" to provide a controlled consent.
Cookie SettingsAccept All
Manage consent